Inspired use of the YouTube platform to bring classical musicians together and create a world first (well I think it is). The promise; to be part of a collaborative virtual performance and (if you’re really good) have the chance to play at New York City’s Carnegie Hall in 2009. 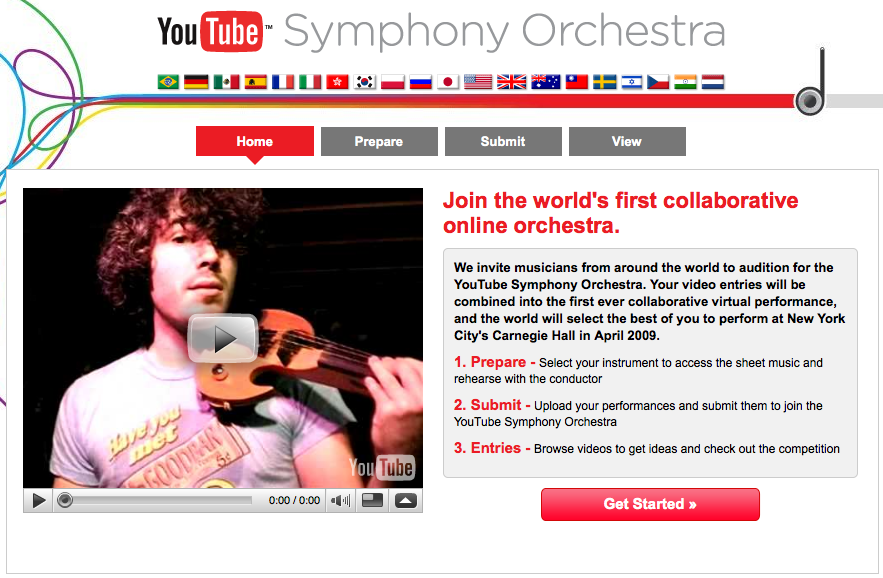 At the heart of the idea is a musical audition via recorded video submitted to YouTube. Classical musicians play to a specially composed piece of music by Tan Dun, (known for the soundtracks for Crouching Tiger, Hidden Dragon and Hero). Here’s an interview about the piece.

To participate in the ‘virtual performance’ musicians simply choose the instrument they want to play, this reveals sheet music (pdf) and a video of Tan Dun conducting. Musicians then record their performance and submit – currently unsure of the magic that happens at the YouTube end.. but would hazard a guess at a ‘massive’ mashup bringing all of the instruments together for Tan Dan’s orchestral vision. To be up for a chance to play in NYC a separate piece of music (list to choose from) and video is required for audition.

It’s a sound strategy that builds content around common interest, talent and idea. What better way to bring credibility than get a notable composer to inspire this talented audience. I look forward to seeing the results… and how its actually executed.