I’m a new convert to the brilliant show Mad Men. Not just the show but its extension online. I’m currently doing my best to decipher the Twitter experience that’s running in parallel.

My reason is that when I posted a Tweet on the fact that I was enjoying series one, within 24hrs Betty Draper started following me – soon after Ken Cosgrove and my intrigue got the better of me.

I especially like the fact that the Mad Men characters remain in character on Twitter and truly interact with those that engage them. What’s an even smarter move is the fact that characters talk to one another and give another layer to the shows plot.

One thing to remember is that when screenwriters develop characters for TV or film there is always a solid backstory. They’ll know the school the character went to, trauma they’ve had in their lives, successes etc. But it usually doesn’t get explored in the final show or film. What’s great about using Twitter in this context is that we get to explore that backstory (in part) and go deeper into the relationships and happenings around the show getting to know the characters more.

What’s fascinating is the fact that the real characters have also inspired clones and fan profiles on Twitter. The Betty Draper that followed me was a clone not the real one (who started following me 48hrs later). People have literally got into character – mimicking what a 60’s house wife or ad executive would be like.

Whilst exploring I found this comprehensive spreadsheet which counts the number of followers for Mad Men characters, character clones and fan profiles on Twitter (many thanks to @RobinG2 for taking the time).

Adding up the accumulated ‘followers’ you get to a figure of 57,619. Now I know their not unique, and no doubt fans of the show will follow multiple characters – but that’s one hell of a ‘social footprint’. People that love the show enough to follow a character, create a character clone or set up a fan profile is significant.

Below is a grab from @RobinG2 spreadsheet showing the evolution of followers over the course of the show. Click to enlarge. 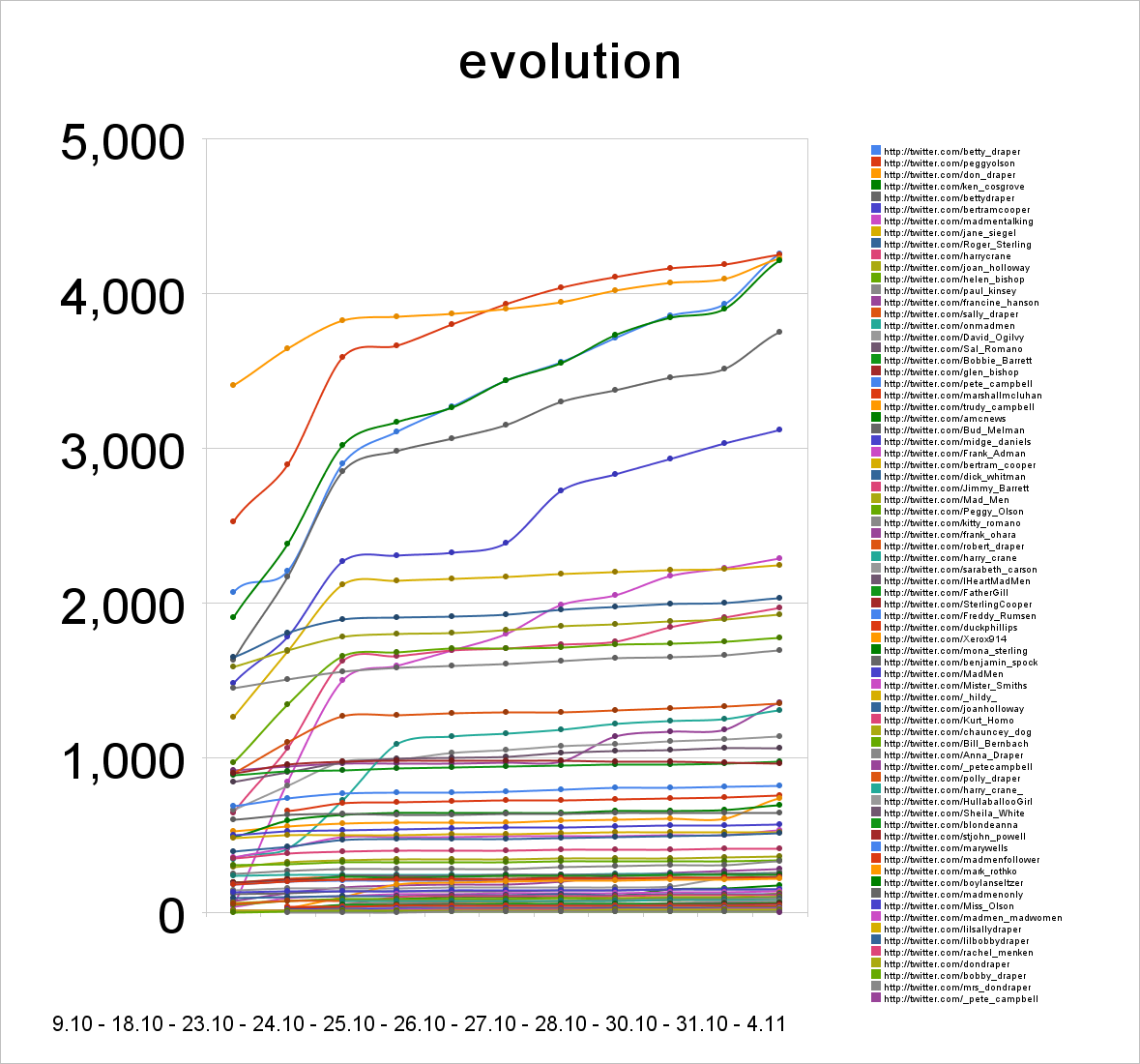