As I sit here upon a flight to Singapore I finally have a moment to reflect. Hyper Island, the international digital media school based out of an old Stockholm Karlskrona prison, kindly gave up

PIXEL :: the world gets cubed

Beautifully executed pixel takeover of NYC, and then the world. If you like retro arcade games mixed with real-world footage in a fantastical mashup. Then you’ll love this. Ensure a full-screen view, wait for

Do you work here?

Some home truths.. if you’ve worked in Ad world and get digital then you’ll probably relate to most of this. Everyone knows they need to change, and it’s about bloody time they did, rather

As the iPad gets closer to arrival publishers seem to be flexing their digital prowess. The first video shows Adobe working with WIRED on how their magazine will come to life on a plethora 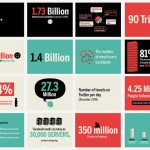 Deutchy, a colleague, just shared this info-graphics video on the state of the internet. Nice treatment and gets the blood pumping with the inherent opportunity and LARGE numbers. Timing couldn’t be more perfect for

Blu Dot inspired by the furniture finding scene of NYC (called ‘curb mining’). Dropped 25 Real Good Chairs in NYC to see what would happen. This video is what they discovered. When I first moved

Getting nexted on Chatroulette

Chatroullette is a hybrid of speed dating and hot or not (well pervert or not!), via video and IM chat, at least that’s my take on it. Watch Casey Neistat’s video study (above) to

Lovely bit of work from Puma, The Hardchorus. An unlikely choir sing their hearts out for valentines and match day! Nice and simple Facebook integration allows you to get the message to your loved 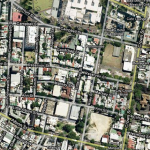 6 things I miss in Surry Hills

So I’ve worked in Surry Hills for four years, specifically that bit around Reservoir, Foster and Commonwealth Streets, sometimes called SOGO (South of Goulburn St – terrible acronym I know). Firstly with HOST and

This will get you pumped for 2010… for all you digital creative practitioners a showreel that shows you where the bar is! – and it’s high – nice one North Kingdom. First found on Creative